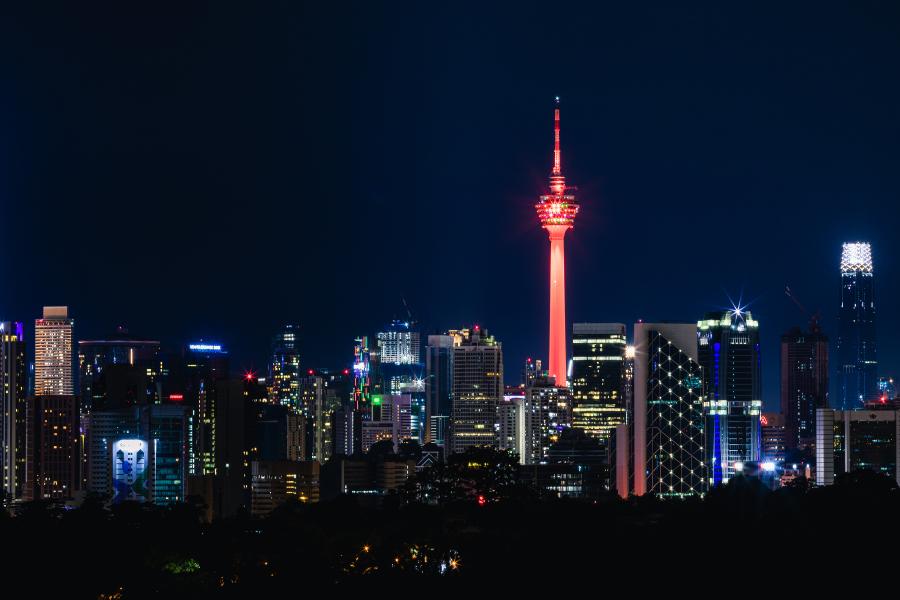 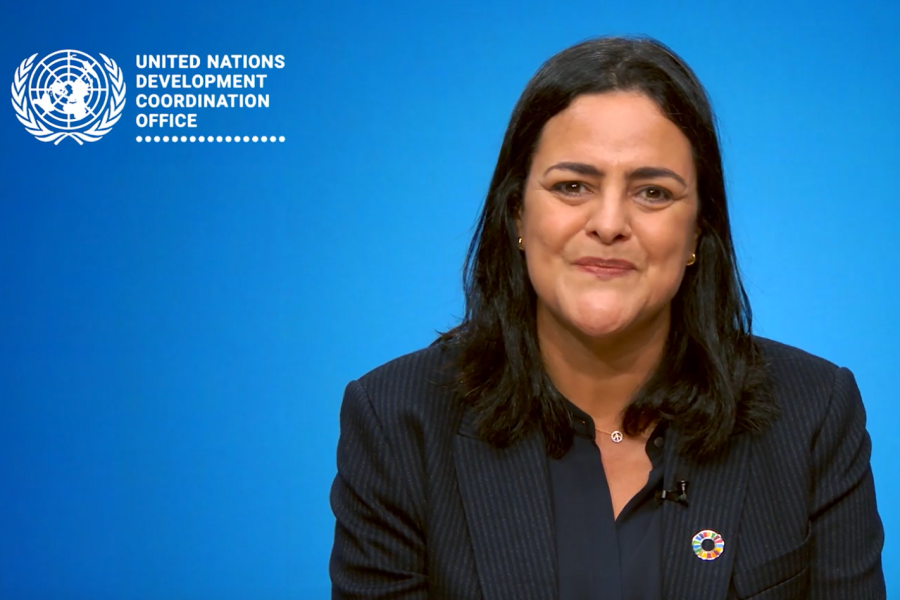 03 As the world’s population hits 8 billion people, UN calls for solidarity in advancing sustainable development for all
03 Story

As the world’s population hits 8 billion people, UN calls for solidarity in advancing sustainable development for all

By achieving the Sustainable Development Goals, delivering human rights and leaving no one behind, we can usher in a world where all 8 billion people can thrive 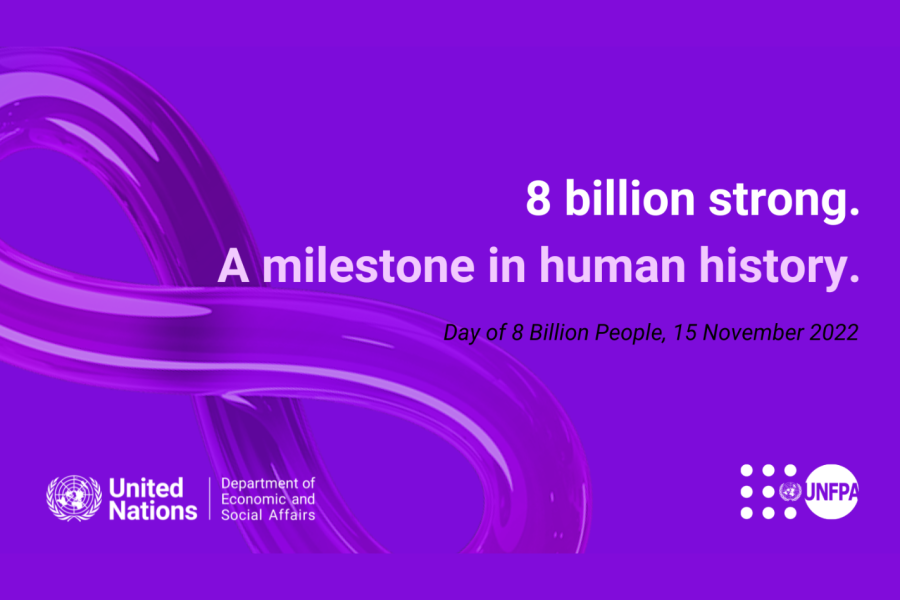 Secretary General's Message: International Day for the Elimination of Violence Against Women

Secretary General's Message: International Day for the Elimination of Violence Against Women

The Sustainable Development Goals in Malaysia, Singapore and Brunei Darussalam

The guide is produced by the Malaysian Rubber Council (MRC) in collaboration with the International Labour Organization (ILO) and through the support of the European Union.

It will assist employers in the Malaysian rubber industry, in particularly those employing migrant workers - on how to identify risks of forced labour in recruitment, employment, and sourcing practices, and how to effectively address, prevent and eliminate these risks.

“This guide forms part of a comprehensive effort to support the Malaysian rubber industry to implement the forced labour policy. Our goal is to foster a more developed and driven future for our beloved Keluarga Malaysia,” said Minister YB Datuk Hajah Zuraida Kamaruddin. “I am confident that the guide will help strengthen efforts to improve the industry's reputation and the nation's standing.”

The guide will help companies understand what forced labour is as well as the international standards, national laws and policies relating to it. It contains guiding principles, due diligence and responsible business conduct, good practices, frequently asked questions and answers on preventing forced labour as well as practical information on developing company policies.

Supporting the government's mission to educate and raise awareness of forced labour, the Sustainability Division of the MRC in collaboration with the ILO has carried out various awareness raising initiatives. In addition to the guide, a video and training programme for rubber industry stakeholders will also be launched.

Panudda Boonpala, Deputy Regional Director of the ILO Regional Office for Asia and the Pacific remarked, “By investing in decent work and an enabling environment for sustainable enterprises, Malaysia has a unique opportunity to create more and better jobs, increase productivity and skills, and support growth across the rubber glove supply chain. This will ultimately increase its competitiveness in global markets.”

The initiative is a joint effort by the government, businesses, labour unions, civil society, and the ILO.  It is in support of Malaysia's first National Action Plan on Forced Labour as well as Malaysia’s participation as an Alliance 8.7 Pathfinder country to accelerate efforts to end forced labour.

ILO and the European Union are supporting the Malaysian rubber industry through the ‘Sustainable Supply Chains to Build Forward Better’ project. This sets out to strengthen dialogue and promote decent work in Malaysia’s rubber glove supply chain.

“Promoting decent work in global supply chains is a priority of the European Union. We are proud to support Malaysia’s efforts to eradicate forced labour and to improve the working conditions of Malaysians and migrant workers alike,” said His Excellency Michalis Rokas, Ambassador of the European Union to Malaysia. “Apart from remedying obvious human rights issues, these actions will increase Malaysia’s international reputation as a rubber industry leader, facilitate the export of its goods in compliance with international standards and prepare for the upcoming EU legislation in this area.”

The Malaysian Rubber Council (MRC) , formerly known as Malaysian Rubber Export Promotion Council, was incorporated on 14 April 2000 under the Companies Act 1965 as a company limited by guarantee under the Ministry of Plantation Industries and Commodities (MPIC). MRC is governed by a Board of Trustees appointed by the Minister of Plantation Industries and Commodities. MRC is tasked with undertaking market promotion of quality Malaysian rubber and rubber products in world markets. MRC has overseas offices in the US, China, India, Europe and the Middle East. The USA office was set up in Washington DC in February 2001 and serves as a centre of information on Malaysian rubber and rubber products for the American public and end-users. MRC has two offices in China – the Shanghai office was set up in September 2011 and the Guangzhou office in April 2016 with the responsibility to facilitate and assist Malaysian companies seeking to grow their business in China. MRC India was set up in Mumbai in May 2016 to facilitate the export of Malaysian rubber and rubber products and to assist Malaysian companies to grow their business in India. MRC's Europe office is in London which plays an important role to facilitate exports of Malaysian rubber products into Europe by monitoring developments and changes in policies and new regulations concerning the importation and use of rubber products in Europe. MRC’s Middle East office was established in Jeddah, Saudi Arabia in September 2021 with the intent to explore and facilitate potential joint ventures, foreign investment and R&D collaborations in the MENA region. For further information please contact: Wan Laila, Tel: 0193314145
‘Aisyah ‘Izzati, Tel: 0177391219
Malaysian Rubber Council
Strategic Communications Division

Siu Ming Lee
National Project Coordinator
ILO Regional Office for Asia and the Pacific
Sustainable Supply Chains to Build Forward Better
Email: siuming@ilo.org
Read more
1 of 5
Press Release
03 July 2021
New MIT study says United Nations Pause Campaign slows spread of life-threatening misinformation
A major part of that work is the UN’s Pause campaign, which encourages people to pause to check the validity of any information they share. Now, a new study by the Massachusetts Institute of Technology (MIT) says the Pause campaign can bring about the behavioural change needed to stop the spread of misinformation. The MIT study, conducted in the UK and the US, found that the simple act of pausing to question the origin, credibility, relevance and accuracy of any information before sharing it on phones, computers and social media platforms, significantly reduced people’s propensity to share misinformation. In the study, participants who saw Pause campaign content were notably less likely to share fake headlines.   “The monumental task of tackling misinformation belongs to all of us. It is about how we can come together to drive social change, shifting behavioural norms and tapping into people’s sense of solidarity to keep each other safe,” said Melissa Fleming, the UN’s Under-Secretary-General for Global Communications.  “The MIT study shows that pausing before sharing is not only possible but also the responsible thing to do, especially in an age where it has become hard to separate the truth from the lies.”   The Pause campaign, created in collaboration with Purpose, a social impact agency, is part of the wider Verified initiative launched by UN Secretary-General António Guterres in May 2020 to deliver trusted COVID-19-related medical and science information and advice, and stop the spread of misinformation. According to the World Health Organization, in the first three months of 2020 alone, nearly 6,000 people were hospitalized because of COVID-19 misinformation. The Pause campaign, which reached nearly 1 billion people in 2020, is redoubling its efforts to empower more people to share information responsibly. The new phase of the campaign asks the world to take the #PledgetoPause and flood the Internet with the pause symbol. Guided by research, the campaign is built on the premise that by interrupting, even for a few seconds, the impulse to share something we see -- an urge often fuelled by emotions such as excitement, anger, sadness, elation, and even altruism -- we allow ourselves time to think more critically. Better judgement prevails and fewer bogus claims are circulated. In the words of the UN Secretary-General: “During the COVID-19 pandemic, the wrong information can be deadly. Take the pledge to pause and help stop the spread of misinformation.”   ABOUT VERIFIED Verified is a United Nations initiative, in collaboration with Purpose, that aims to empower people around the world with science-based information during the Covid-19 response. Working with UN agencies, influencers, civil society, businesses, and social media platforms, Verified creates and distributes trusted, accurate information and encourages consumers to change their media consumption practices to reduce and stop the spread of misinformation online. Website: https://shareverified.com/en/ ABOUT PAUSE CAMPAIGN Launched as a part of the UN Verified initiative, the Pause Campaign draws on research from psychologists, neuroscientists and behavioural scientists whose studies indicate that pausing to reflect before sharing can significantly help to reduce the spread of unverified and misleading information. The overall campaign, which was launched a year ago, challenges people to break the habit of sharing shocking or emotive content impulsively and without questioning its accuracy. Website: https://pledgetopause.org CONTACTS UN Department of Global Communications Devi Palanivelu | palanivelu@un.org | +1 917 495 5424 Purpose Jennifer Minard | jennifer.minard@purpose.com  | +44 787 242 7706
Read more
1 of 5
View all 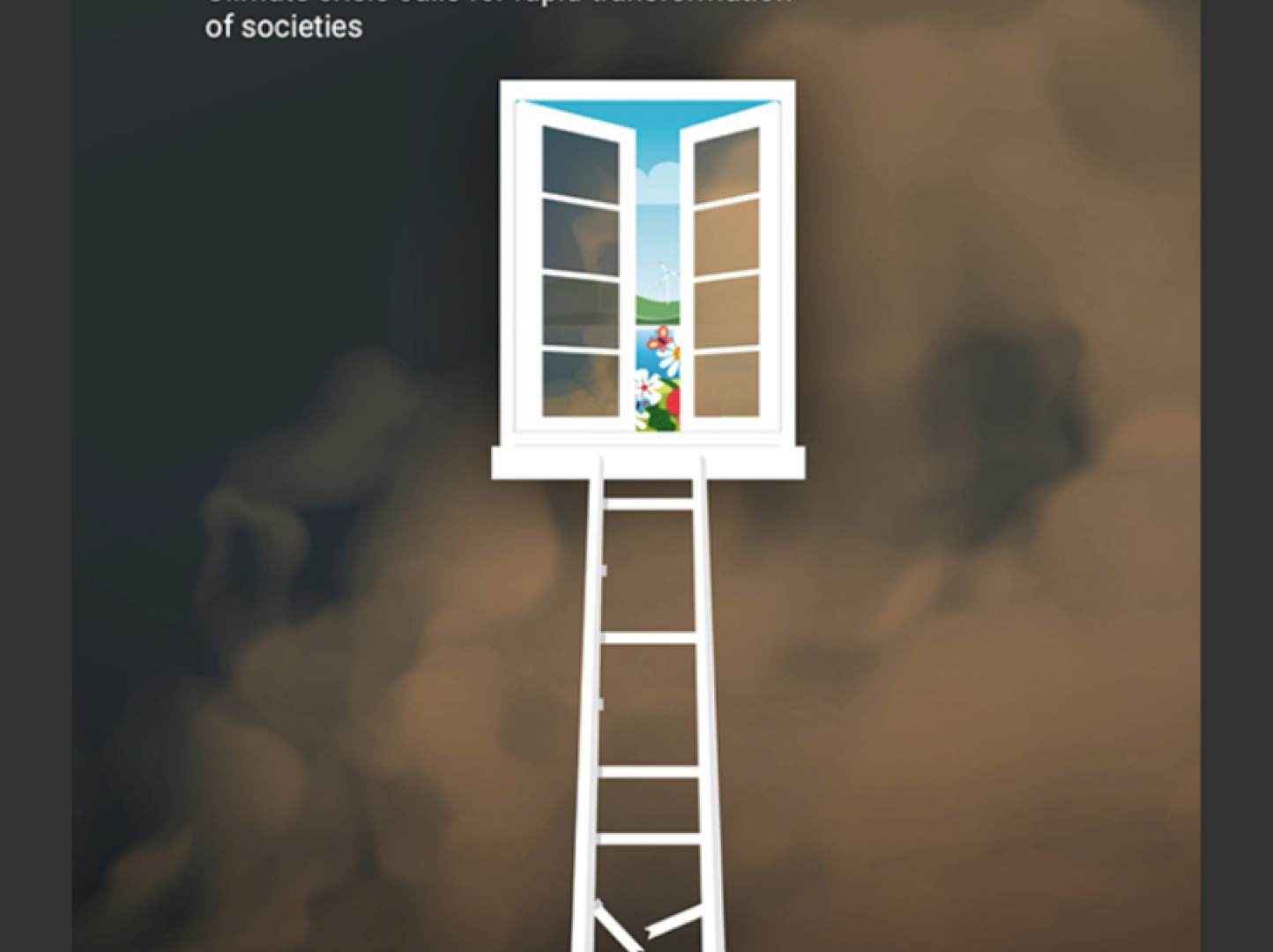 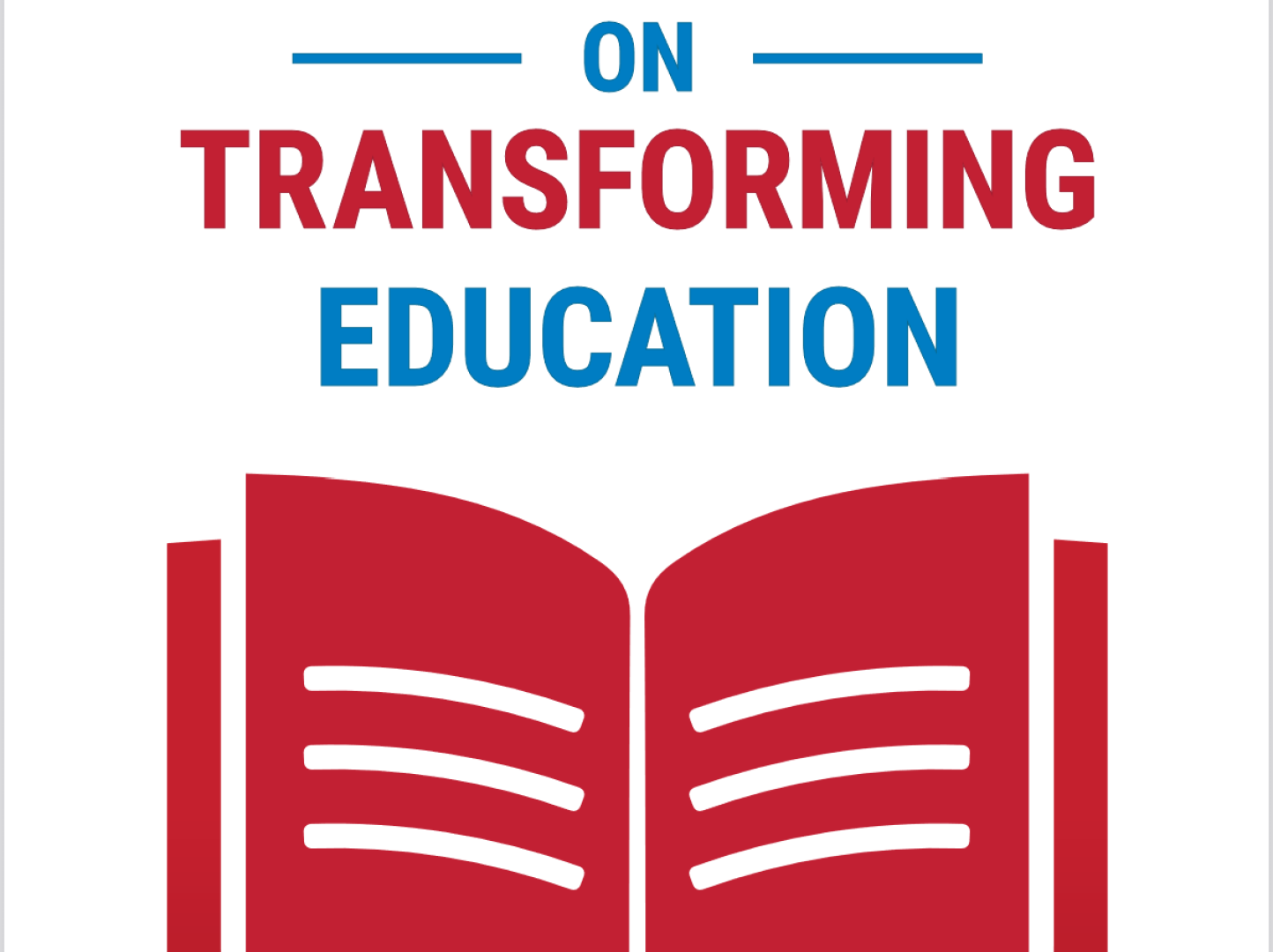 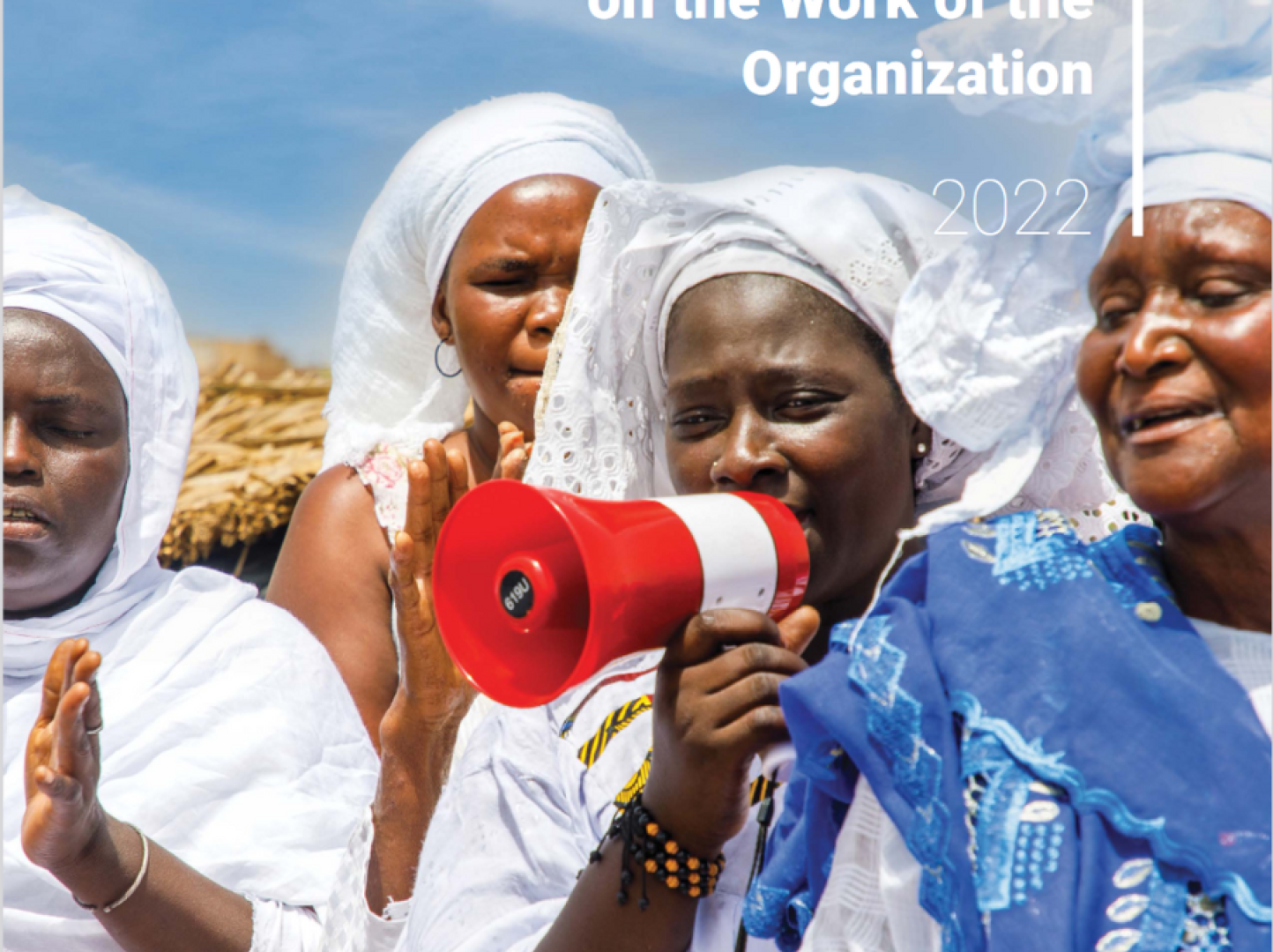 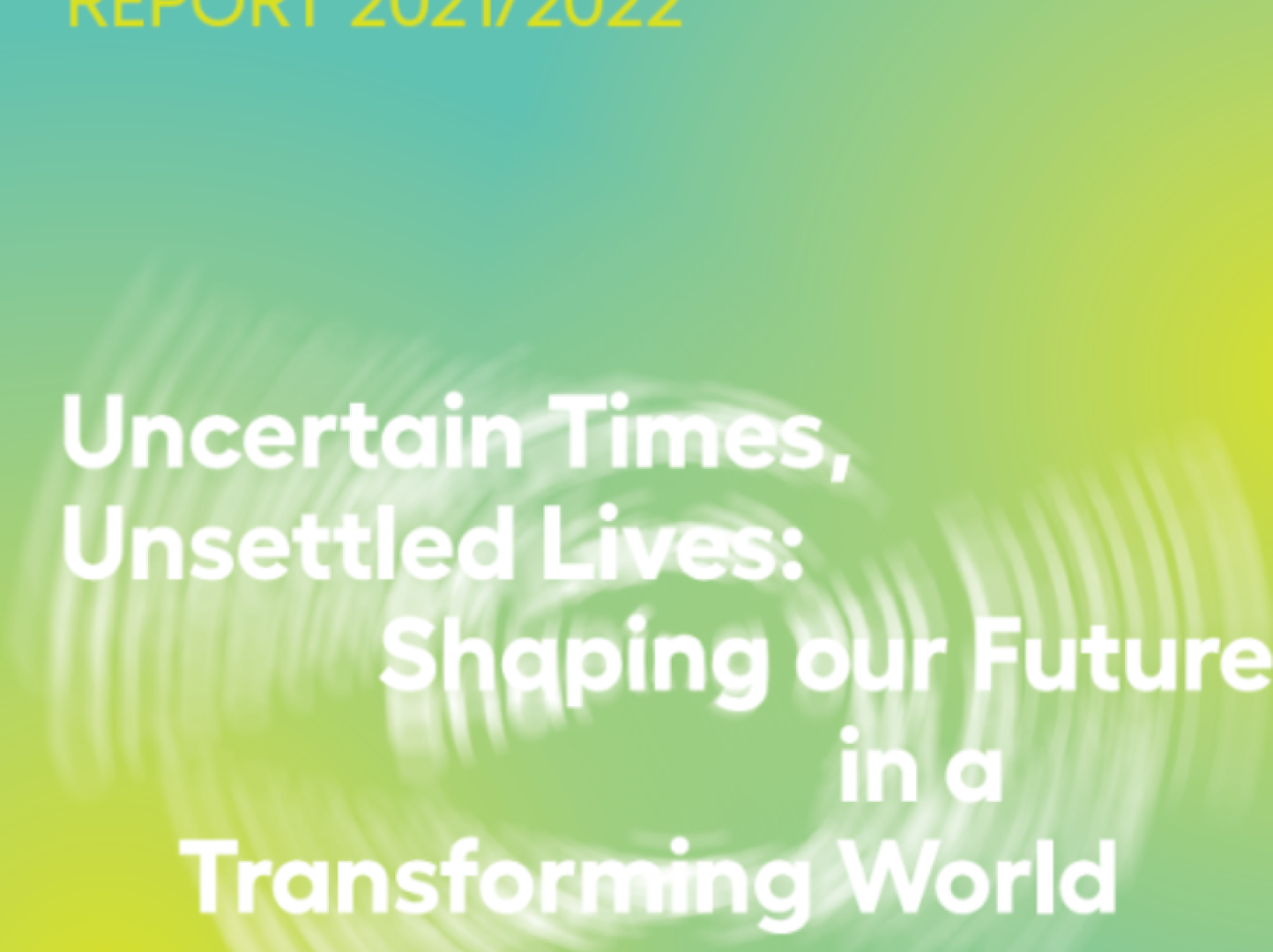 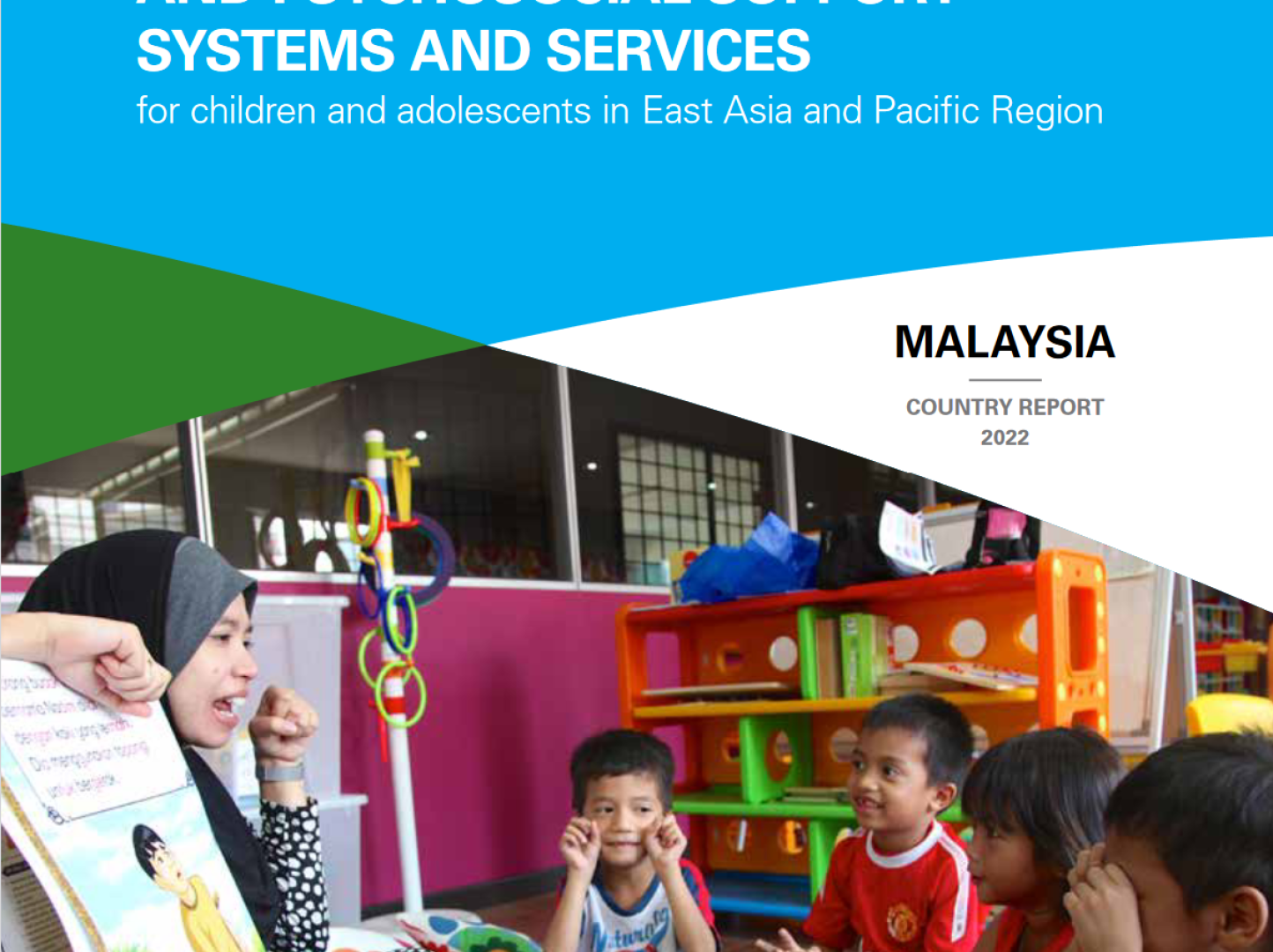 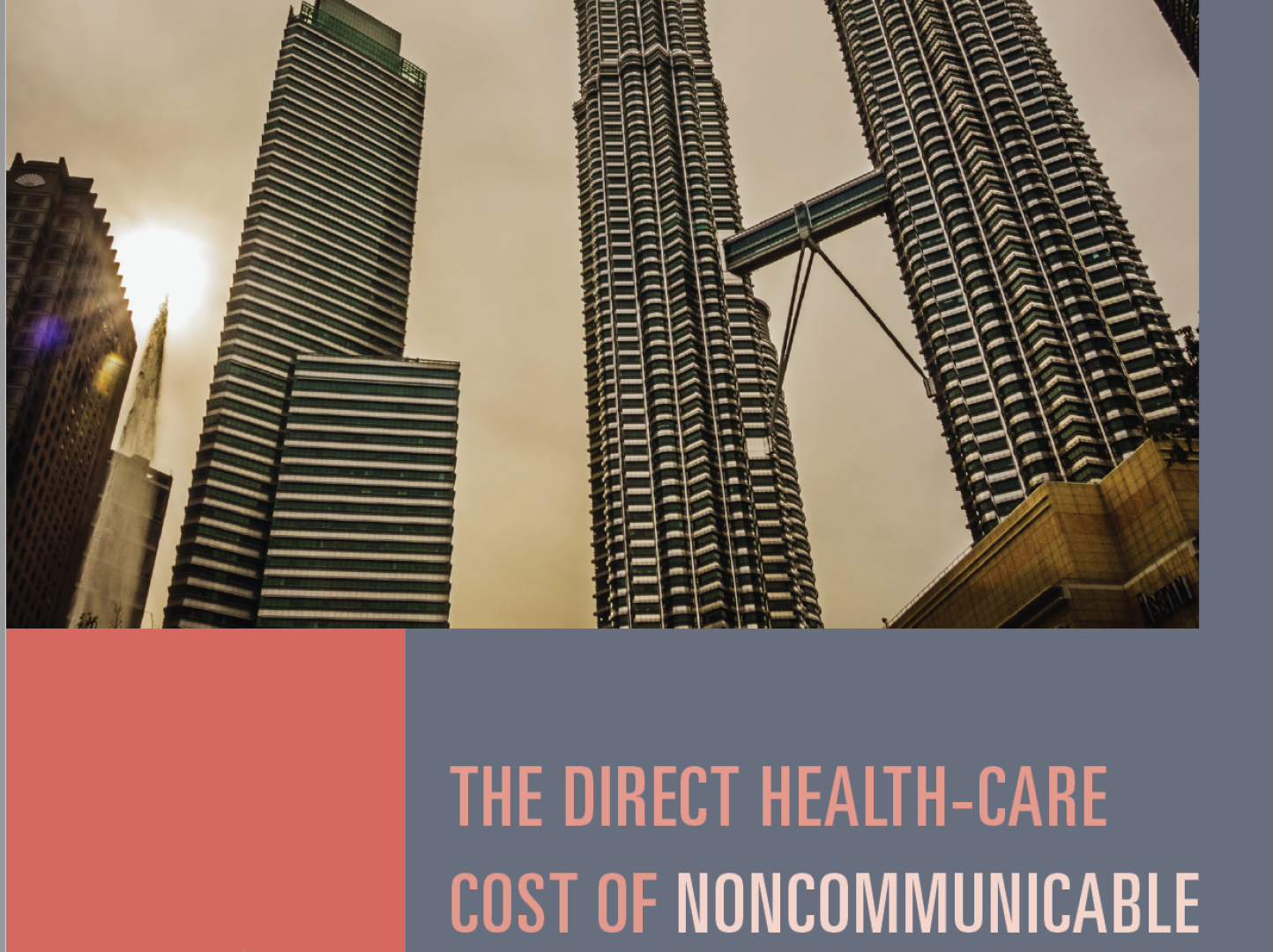 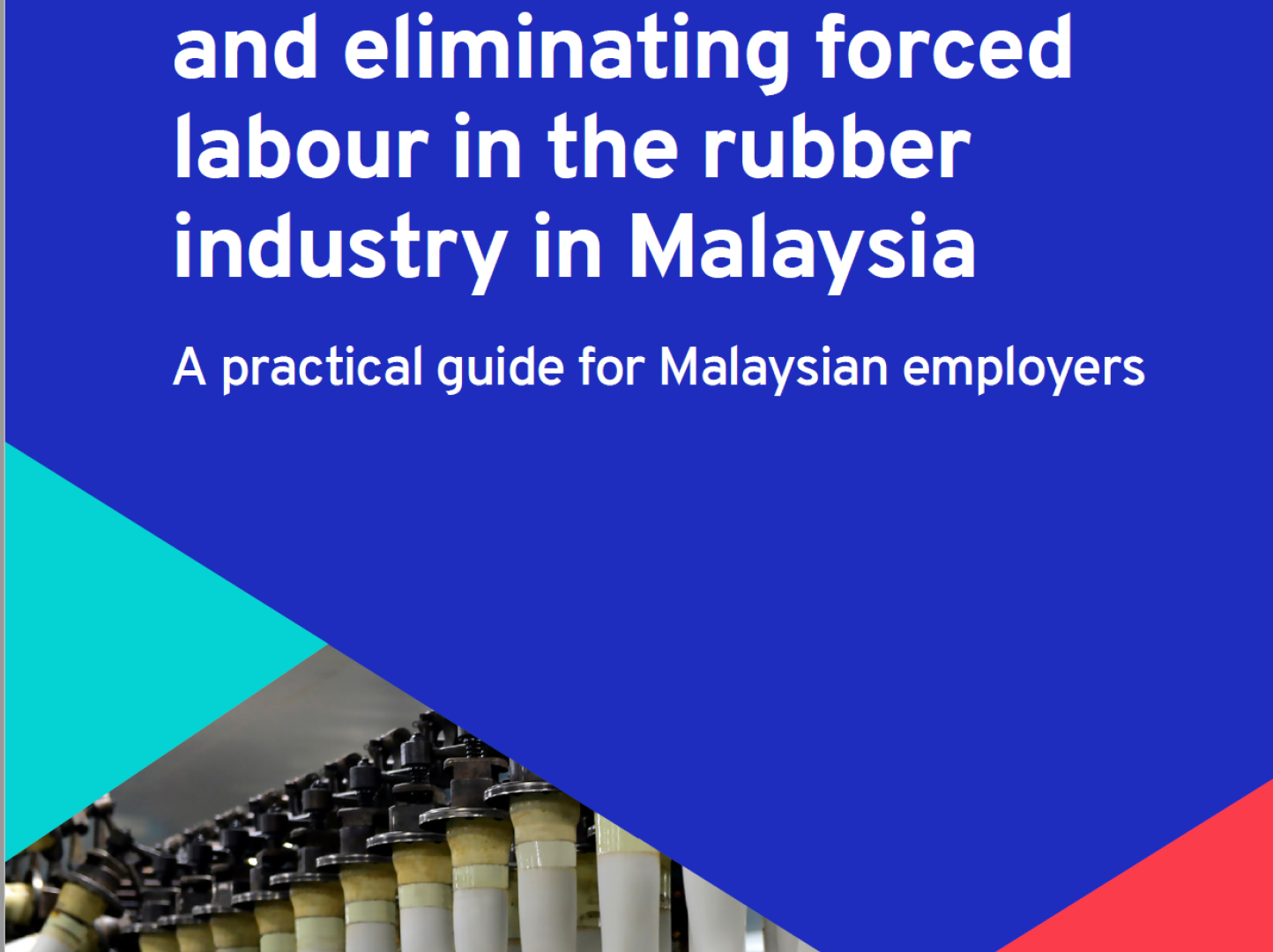 Resources
10 August 2022
Addressing, preventing and eliminating forced labour in the rubber industry in Malaysia: A practical guide for Malaysian employers 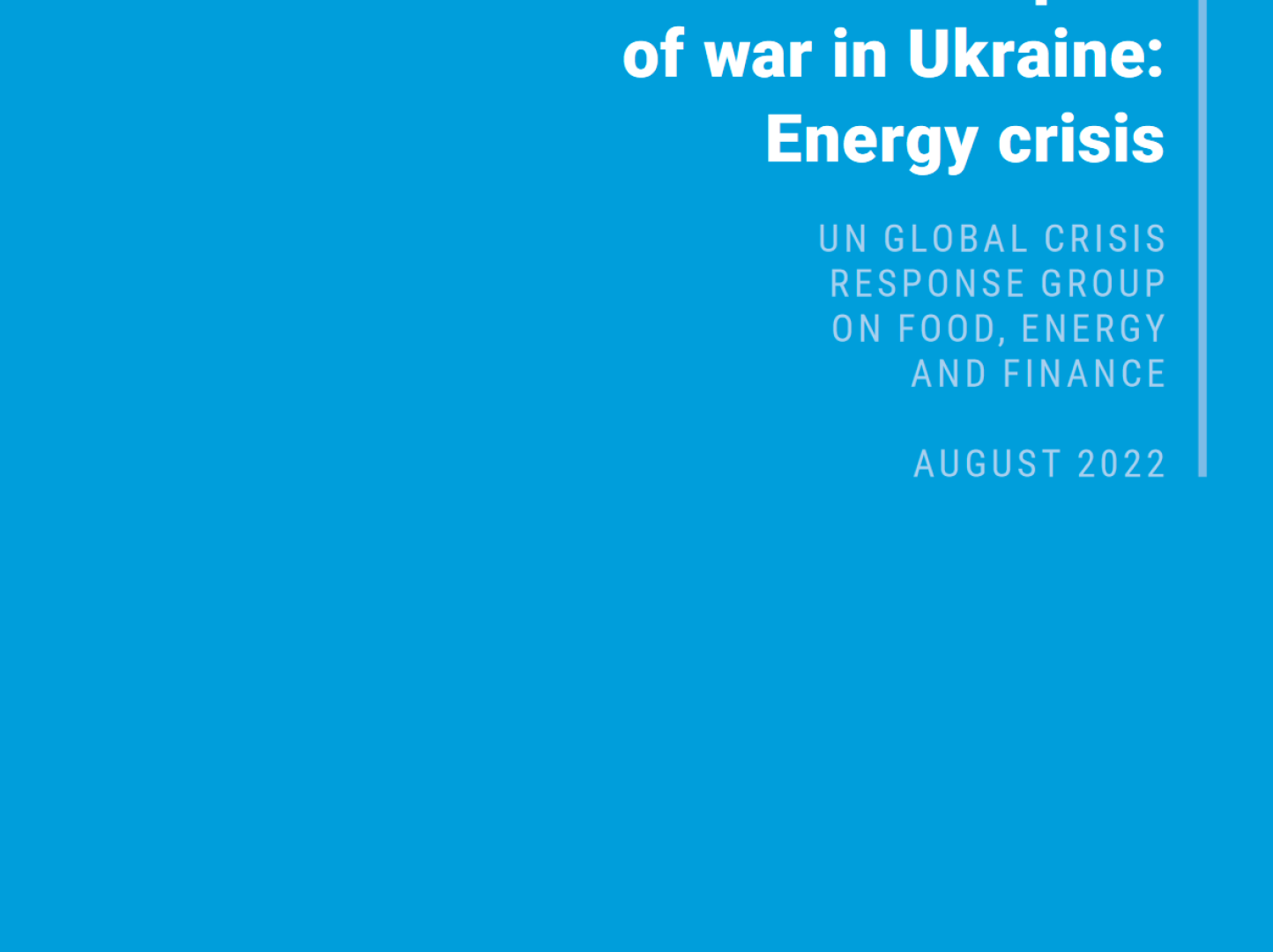 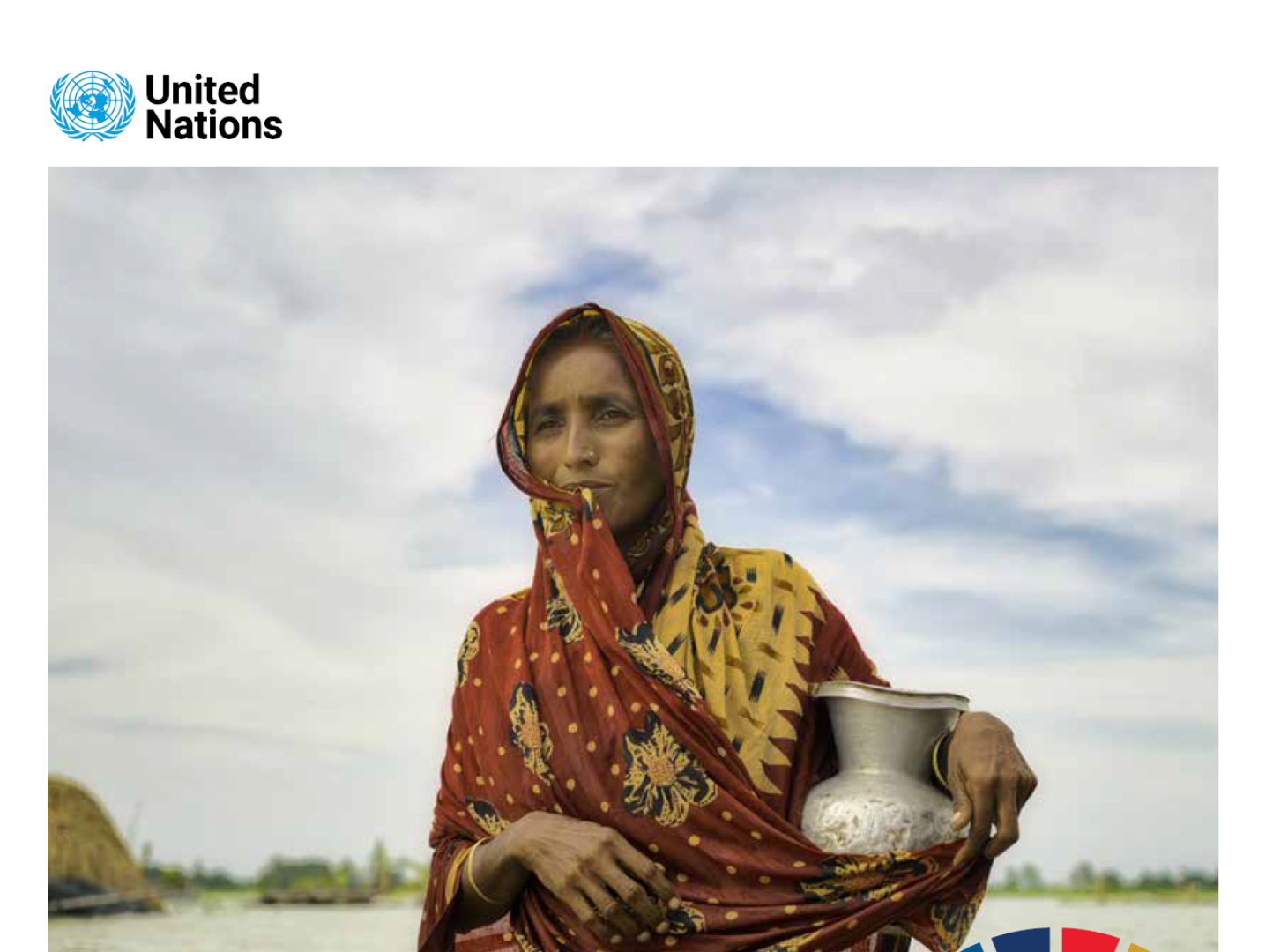 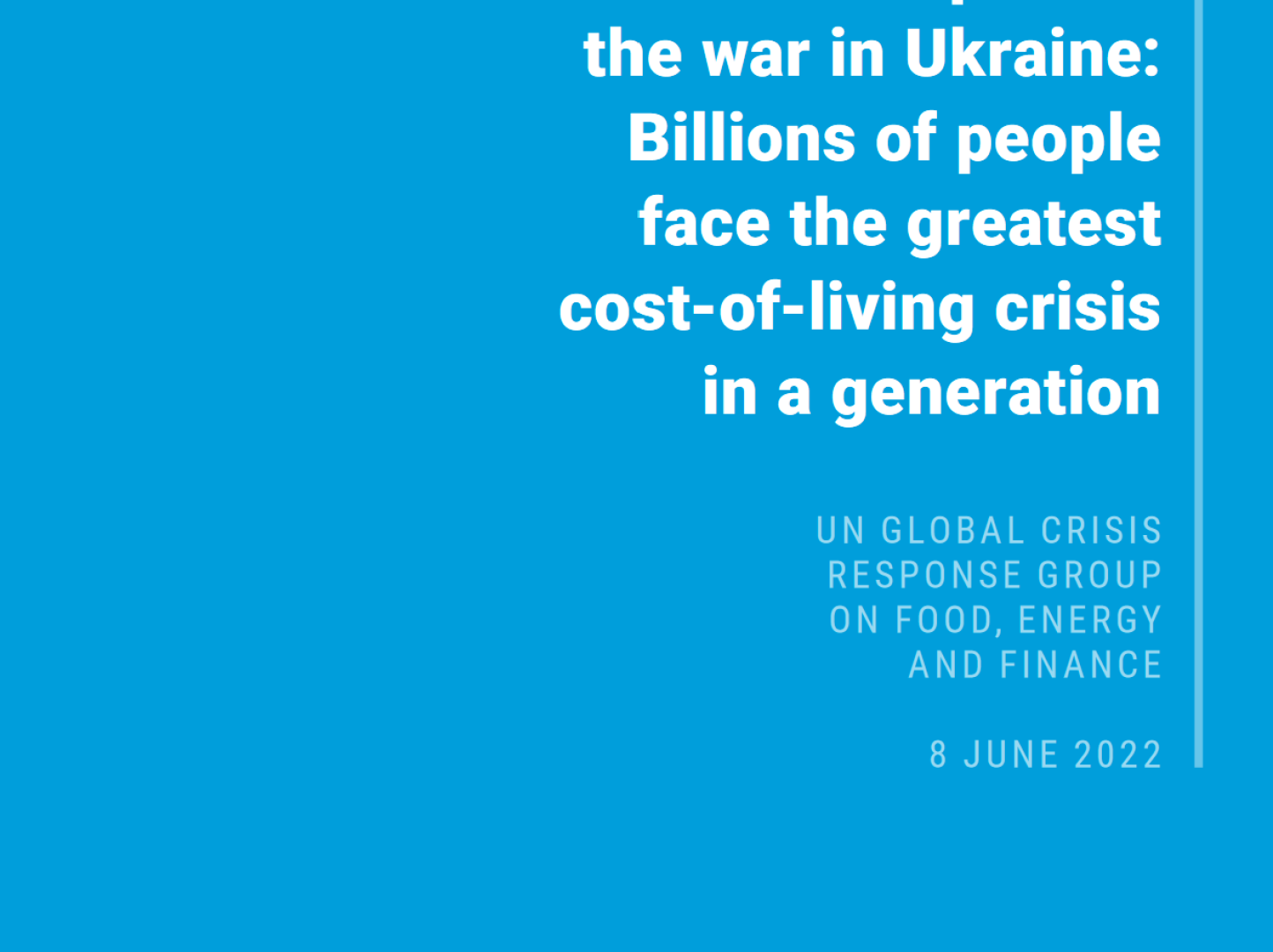 Resources
03 August 2022
Brief 2 : Global impact of the war in Ukraine: Billions of people face the greatest cost-of-living crisis in a generation 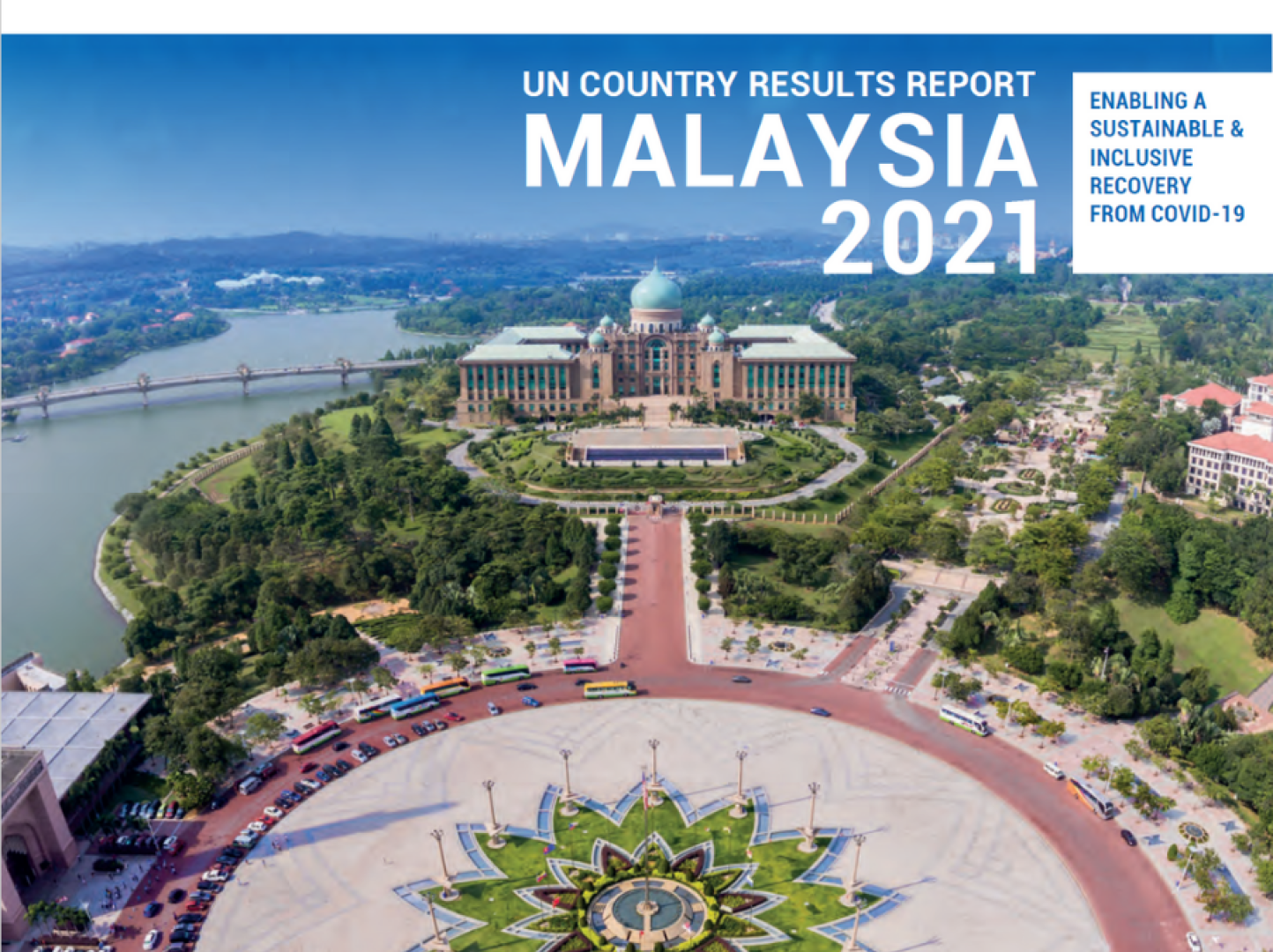