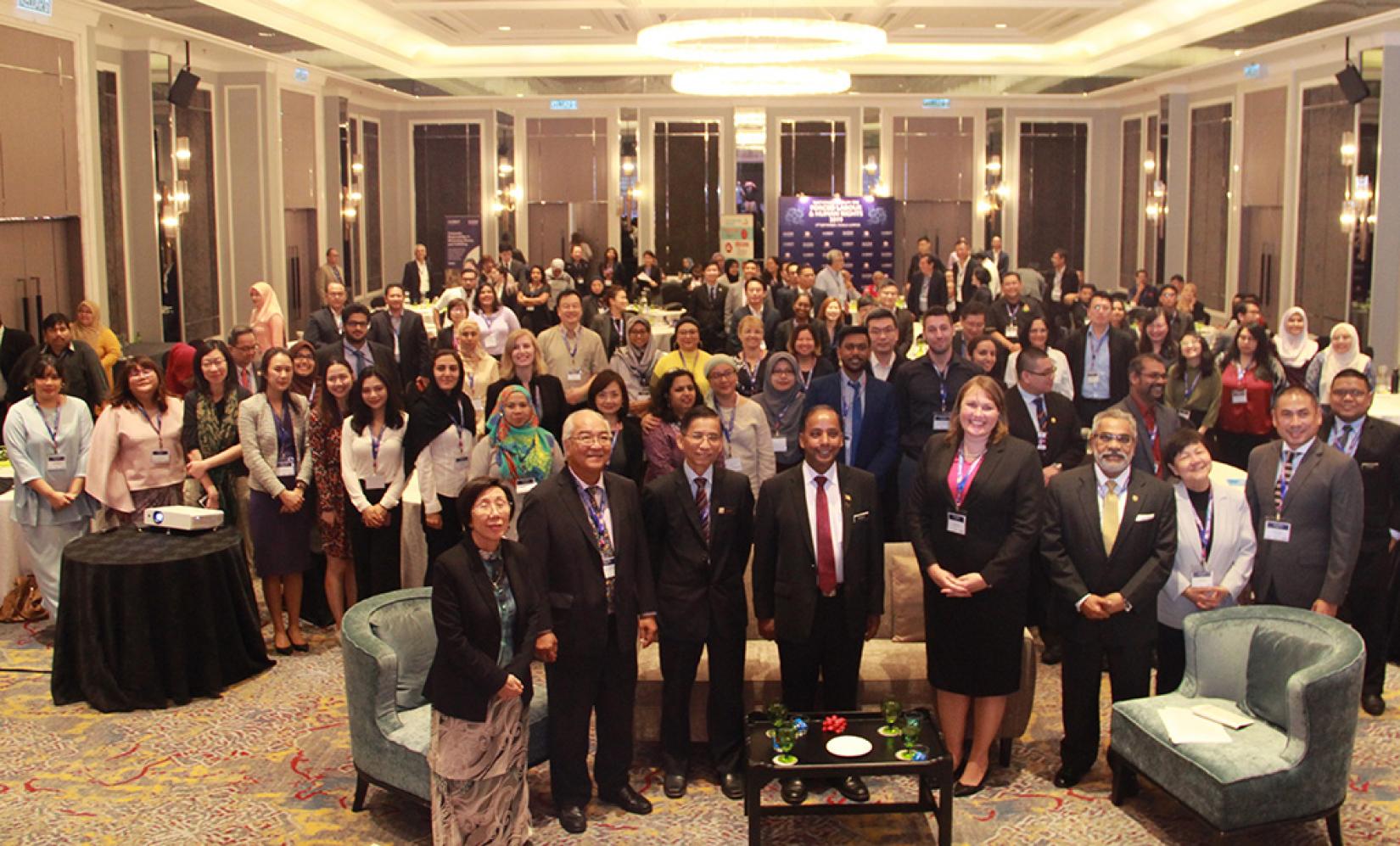 The one-day event, on September 3rd, served as a platform for 140 policymakers, industry experts, government officials, and representatives of recruitment companies and civil society groups to discuss key challenges faced by businesses when implementing measures to tackle modern slavery and forced labour in supply chains.

Labour law reforms and recommendations, strengthening migrant worker’s rights through coordinated action, and the business case for greater transparency in global supply chains were among the topics discussed.

Over half of the world’s 25 million victims of human trafficking and slavery are found in the Asia-Pacific region. The majority are linked to the formal economy and global supply chains. While migrant workers are often in demand to fill critical labour shortages, they are frequently more vulnerable to exploitation and unfair labour practices than locally recruited labour.

“We are a transit and destination country for migrant workers mainly from Bangladesh, Indonesia, Myanmar, Nepal, the Philippines and Viet Nam. It is our responsibility to ensure we explore collaborative policies and initiatives to eliminate forced labour and reimagine business modalities,” he said.

He noted that the government has undertaken several corrective measures to address modern-day challenges related to forced labour practices in the country. The Department of Labour conducted over 40,000 inspections between March 2018 and April 2019 and resolved 14,009 cases of labour disputes. In this period, labour courts ordered employers to provide workers with back wages of over RM34.4 million (USD 8.26 million.)

“There has never been a more urgent time to address this problem, which is occurring right in our backyard. While it is a challenging issue to tackle, a collective, progressive and comprehensive answer to combating modern-day slavery must be put into action now,” said IOM Malaysia Head of Office Kendra Rinas.

“IOM’s Corporate Responsibility in Eliminating Slavery and Trafficking (CREST) initiative offers a regional partnership approach. It proactively addresses vulnerabilities faced by migrant workers and aims to realize the potential of ethical business by working with global and local brands, as well as their suppliers and business partners, in enhancing transparency in labour supply chains,” she added.

Between 2010 and 2017 the number of documented foreign workers in Malaysia increased from 1.7 million to 2.2 million. By the end of 2018, there were also an estimated 2 to 4 million undocumented migrants working in the country. The majority are from Bangladesh, Indonesia, Myanmar and Nepal.

According to the US State Department’s 2019 Trafficking in Persons (TIP) report, some are subjected to practices that indicate forced labour. These include passport retention, contract violations, restricted movement, wage fraud, and imposition of significant debts by recruitment agents or employers, among other violations of their rights. They include domestic workers and migrants employed particularly in agricultural plantations, construction and the garment industry.

Recruiters play a central role in the ethical recruitment of migrant workers and IOM’s International Recruitment Integrity System (IRIS) is designed to strengthen management practices and create a new kind of demand for responsible recruitment. It promotes the “Employer Pays Principle,” which calls on employers to pay the full costs of recruitment, while seeking greater overall transparency.

Datuk Godfrey Gregory Joitol, Vice Chairman of SUHAKAM, told participants that while historically the protection of human rights has been considered a government responsibility, times have changed.  “While governments have the primary duty to protect, respect and fulfil human rights, business organizations have an important complementary role to play in addressing the challenges of forced labour practices,” he said.

In June, the Malaysian government committed to develop a National Action Plan on Business and Human Rights to complement and build on various government- related initiatives and policies, and to create an enabling business environment for responsible investment in the country.