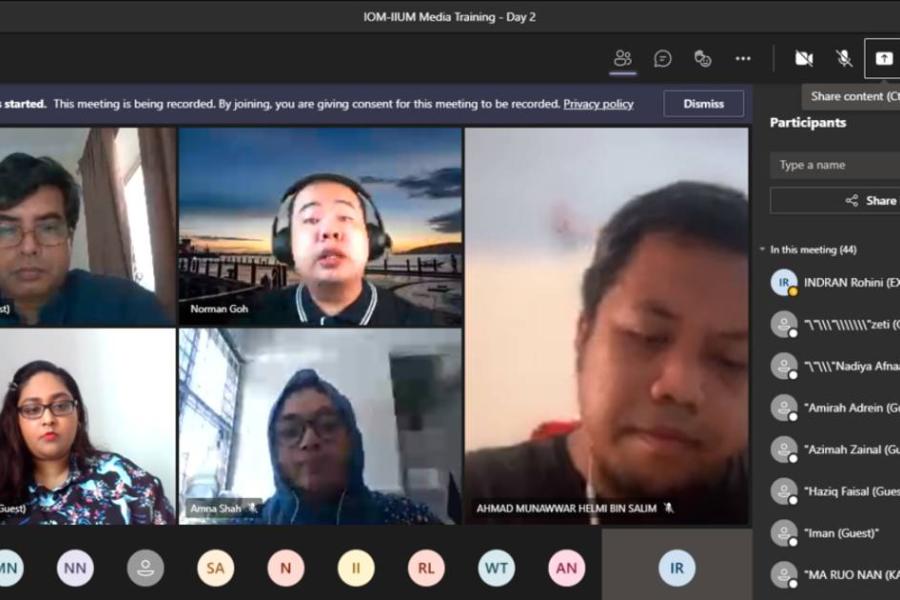 Kuala Lumpur - COVID-19 is not just this century’s largest public health emergency, but also a communication crisis.  In many countries, there are disturbing efforts to exploit the pandemic to advance nativism or to target marginalised groups on social media platforms.

According to a recent study by the Reuters Institute for Study of Journalism at Oxford University, the increased reliance on social media highlights that Generation Y (Gen Y) – often called millennials and Generation Z (Gen Z), those born after the mid-1990s and aged 18–24, want news access to be easy, and entertaining – but they also want it to be authentic, fair, and meaningful. They are often frustrated by the negativity of the news agenda and sensationalism.

In an effort to navigate the wave of information and promote a more inclusive narrative on social media, the International Organization for Migration (IOM) conducted a two-day (9-10 April) media training workshop on ‘Media Representation of Migrants and Refugees in Digital Spaces’ in partnership with the International Islamic University Malaysia (IIUM). 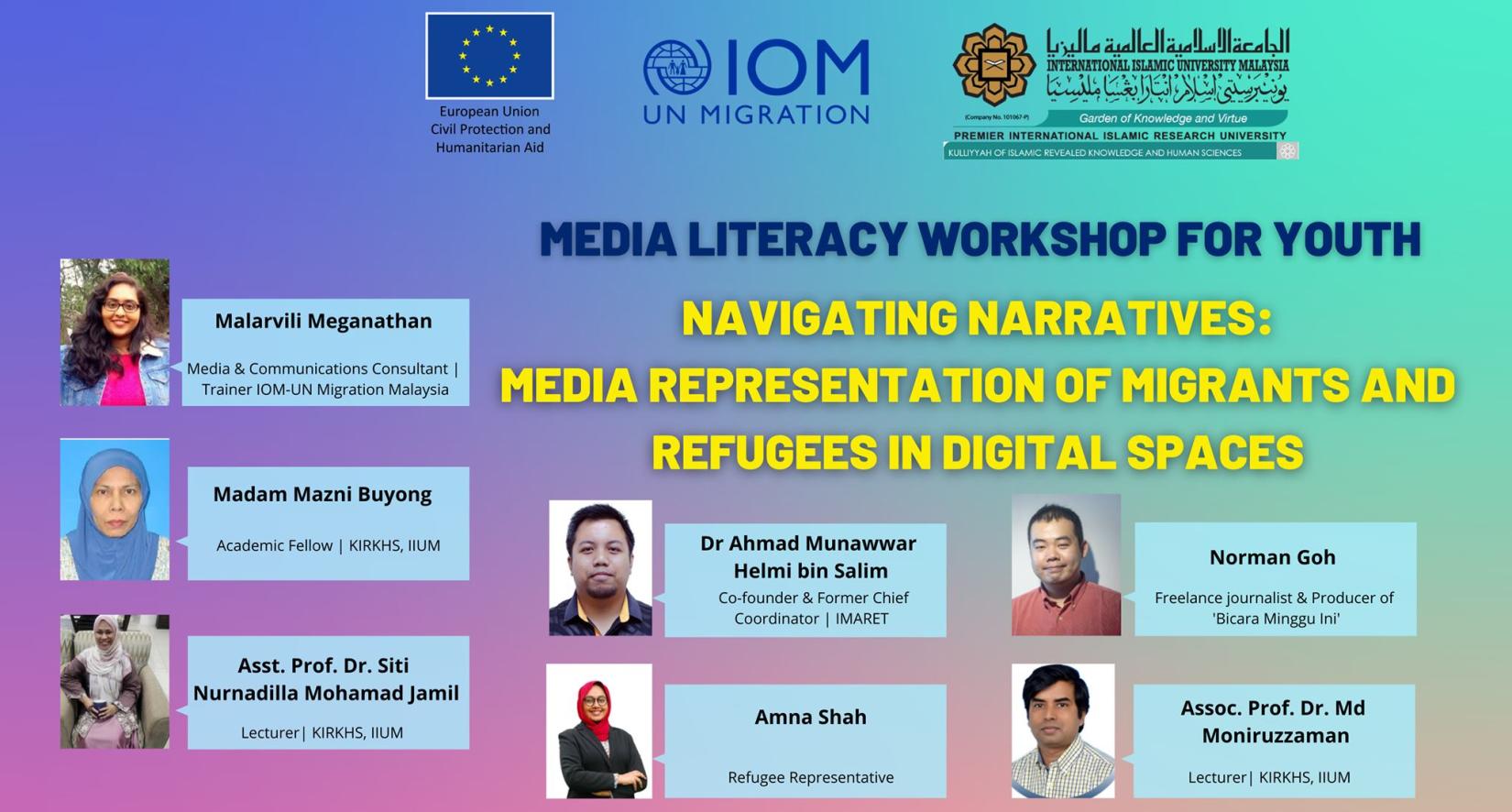 “Globally, young people are at the forefront of political reforms, social justice movements and climate change initiatives. In the same spirit, we want our students to be positive agents of change and stand in solidarity with migrants and refugees in our society, said Dr. Ainul Azmin Md. Zamin, Head of Internationalisation and Global Network, KIRKHS, IIUM.

She added that higher academic institutions serve as a main platform in training the future generation on media literacy, ethical media research and critical discourse analysis. These skills are imperative in addressing xenophobia, stigma and discrimination targeted towards migrants and refugees, especially on social media platforms.

According to a recent study ‘Change the Narrative, Change the World,’ stories with nuanced migrant characters and immigration storylines can shift attitudes and inspire people to real-life action. The research published by a nonprofit media advocacy organization in collaboration with the Norman Lear Center Media Impact Project at USC Annenberg, added that accurate depictions can foster more inclusive attitudes and drive viewers to create change in their own communities. 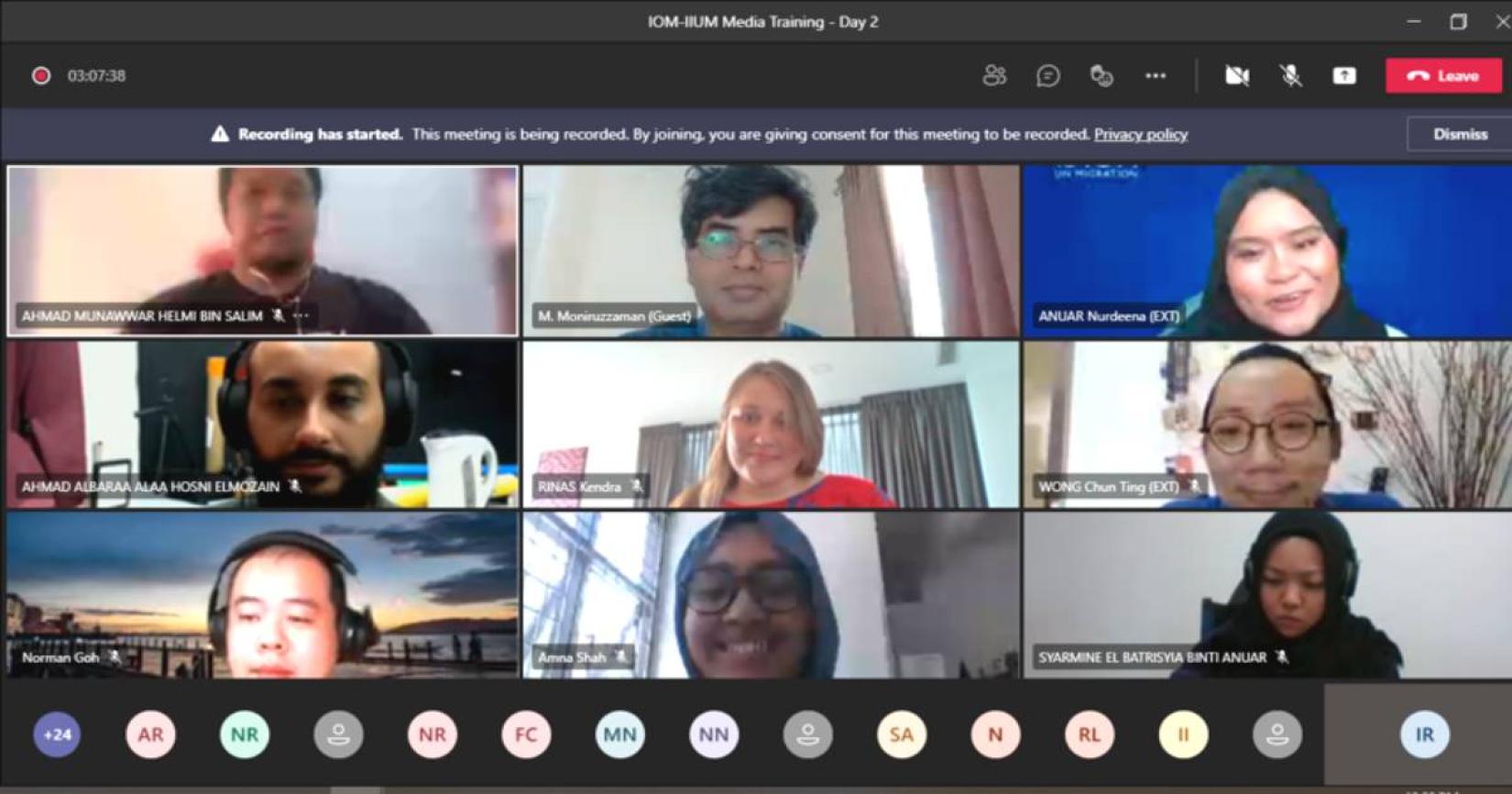 “Social media users have the power to influence people’s perception of reality. Negative perceptions often create a climate of fear and fear is a key ingredient for xenophobia to thrive, said Dr. Siti Nurnadilla Mohamad Jamil, Assistant Professor at the KIRKHS, IIUM.

Participants were also given a platform to actively engage in meaningful discussions based on case study analyses in a breakout session.  Following the group discussions, student representatives presented their findings and recommendations on representation of migrants and refugees in local media reports and the future of migration reporting. The best group and best presenter received a token of appreciation from IOM for their excellent input and outstanding group work.

Kendra Rinas, Chief of Mission of IOM Malaysia, in her closing remarks said, “It is imperative for future leaders to not only speak out about injustices, but also understand the importance of representation in creating an inclusive and equitable society.” 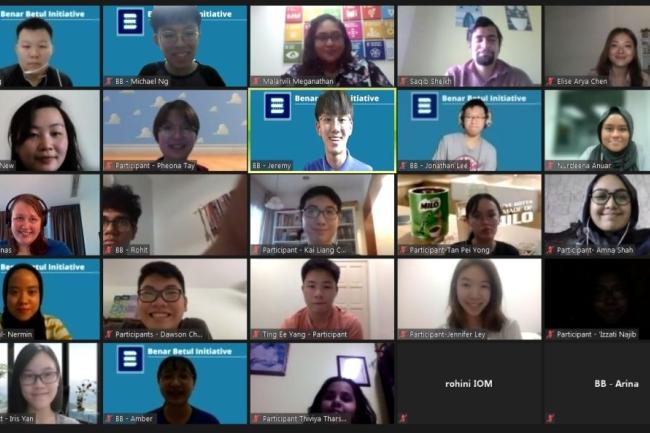 Media and Migration: Youth Voices Unite In Solidarity Against Xenophobia

IOM and Benar Betul conducted a virtual training on Media and Migration: Youth Voices Against Xenophobia 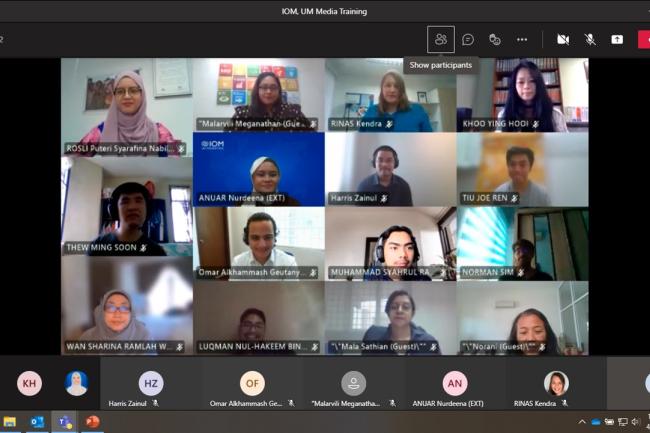 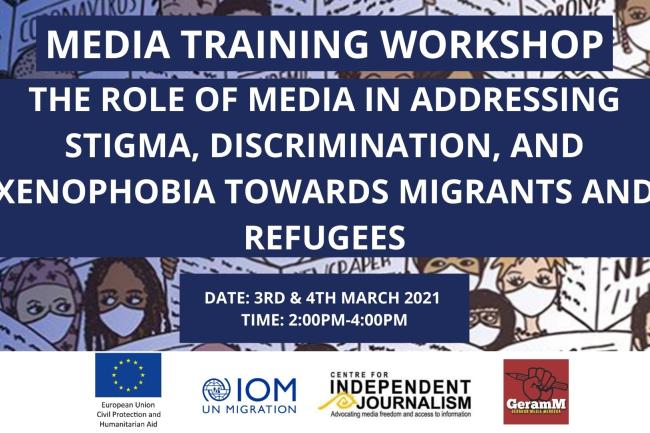 Shifting Narratives: The Role of Media in Addressing Pandemic Related Stigma and Xenophobia in Malaysia