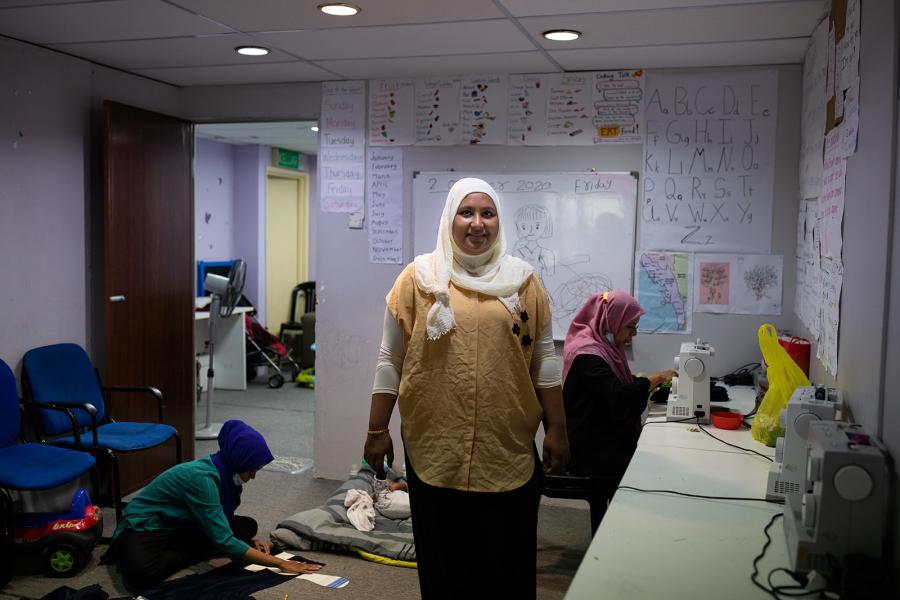 Meet Syaedah, the strong-willed Rohingya woman fighting against child marriage and domestic violence in her community. This is what courage looks like.
Photo | Patricia Krivanek/UNHCR

Syaedah, a Rohingya refugee woman, enters the community centre where she works in Kuala Lumpur, greeting groups of Rohingya women already gathered there.

At 24, Syaedah is one of the leaders at the Rohingya Women Development Network (RWDN), a social enterprise aimed at empowering Rohingya women in Malaysia. The opportunity to get involved came about when Syaedah met founder of RWDN Syarifah four years ago. An exceptional leader, Syarifah inspired Syaedah to learn about her rights as a woman in the community, and her place in society.

Syaedah who had never been to school before that, learnt to read and write for the first time. Her confidence grew as she took more trainings at RWDN.

Syaedah comes from a conservative culture, where women are often not given opportunities for education or work. Her family fled persecution in Myanmar when she was only four years old. She grew up in Malaysia, but did not get a chance to attend any of the learning centers available for refugee children in the country. Instead, out of necessity, she was married at the age of 15, and became a mother in the same year. Syaedah now has two daughters, aged nine and one.

“I feel like I lost my childhood because I got married young and could not attend school and college,” she said. “Before coming to RWDN, I used to be at home, scared to meet new people. Now I’m confident and not scared to meet people.”

It was then that Syaedah realized that more Rohingya girls and women should be empowered.

“In my culture, many women do not go to school, work, or get involved in community development,” Syaedah explained. “I am lucky because my husband is supportive of my work. Every husband, father and brother should encourage their mother, sister, and wife to stand up for her rights.”

Her community initially did not like her working because she was a wife and mother. As Syaedah proved herself, the community gradually came around to the idea.

“I decided to work at RWDN so that I could empower other women. I have worked here for three years now,” said Syaedah. “This job is very important to me. It has changed my life and the lives of many others.”

Her main responsibilities include arranging trainings for the women, and coordinating projects with members.

Syaedah is passionate about training young girls and women on child marriage and domestic violence. She gained expertise in women and child rights, particularly on the problems related to child marriage through courses provided by UNHCR, the UN Refugee Agency, and the International Catholic Migrationc Commission (ICMC).

“A Rohingya girl loses her opportunity to attend school when she gets married young. If the husband dies or divorces her, she is not confident to be independent,” said Syaedah.

“I thought it was normal to marry so young, but as I turned 20, I realised it is not right. A 15-year-old girl is not physically and mentally ready for marriage, therefore she does not understand about family and children,” she said.

“I don’t want my daughters to be child brides. I will make sure they finish school and I will not marry them off before they are ready. This is why I work so hard to educate my community about child marriage.”

During the COVID-19 Movement Control Order (MCO) in Malaysia, activities at the RWDN centre were halted. But Syaedah kept going.

When she learnt that many in her community did not have food, Syaedah quickly mobilized support for food aid to be distributed to nearby refugee communities. She also made herself available for trips to medical facilities, to accompany Rohingya refugees who were not able to converse in the local Malay language.

“People need help but are too scared to seek it even though there is no reason to be afraid. If my presence can give them the strength and assurance that they need in order to get themselves screened and treated, then I don’t have a reason not to do it,” she explained.

Although the country is now past the most restrictive period of the MCO, Syaedah said RWDN has not yet resumed full operations as it is hard to practice social distancing in their modest-sized centre. Unable to regularly meet her community, Syaedah utilised social media platforms to continue sharing information with her community on Covid-19 and other areas where they might need support.

“I’m looking forward to training more girls on child marriage and domestic violence. My hope is for all Rohingya girls to know their rights and be able to stand up for themselves,” Syaedah said with a smile. 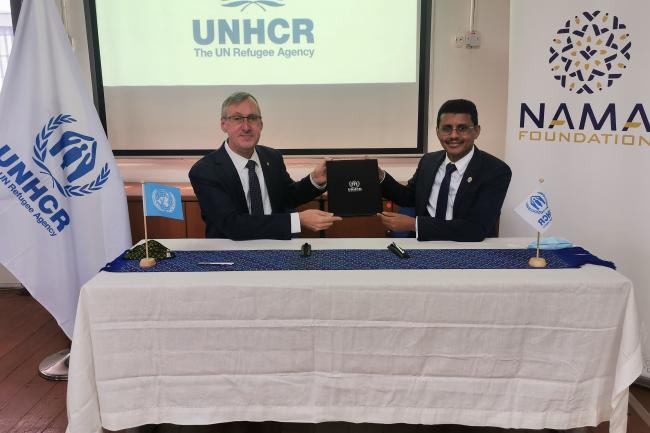 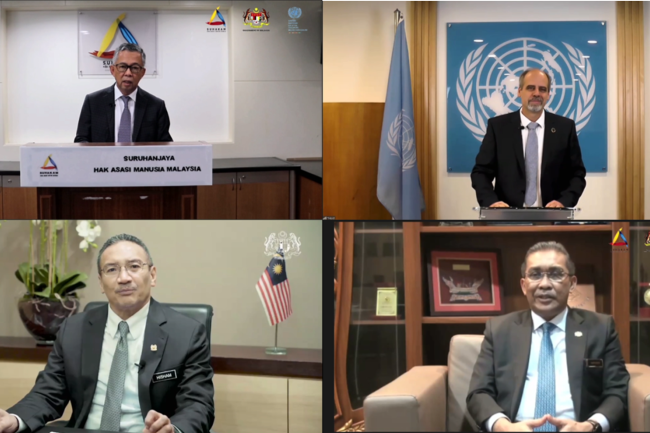 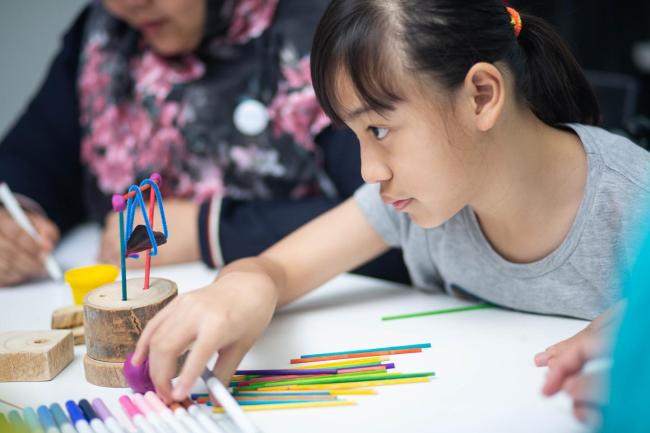